Distribution of employed people in the economy
by level of education, as percentage of total 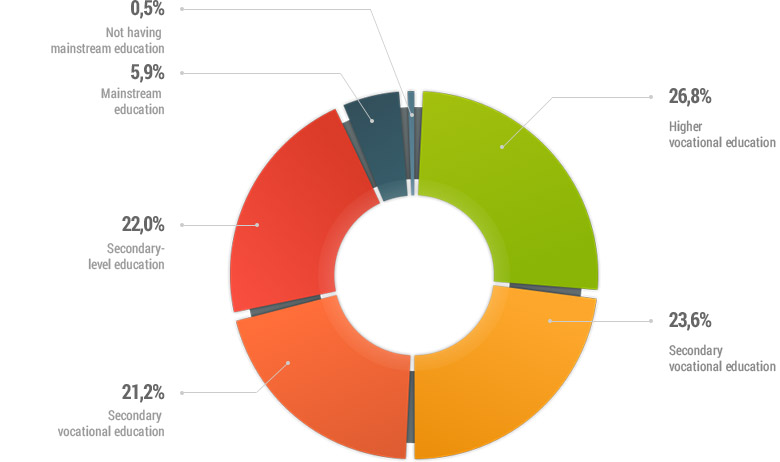 In the structure of employment about half of the working population is concentrated in trade (15.5%), agriculture (14.6 percent) and manufacturing industries (14,5 %).

Distribution of employed people
by the type of economic activity, thousands of people 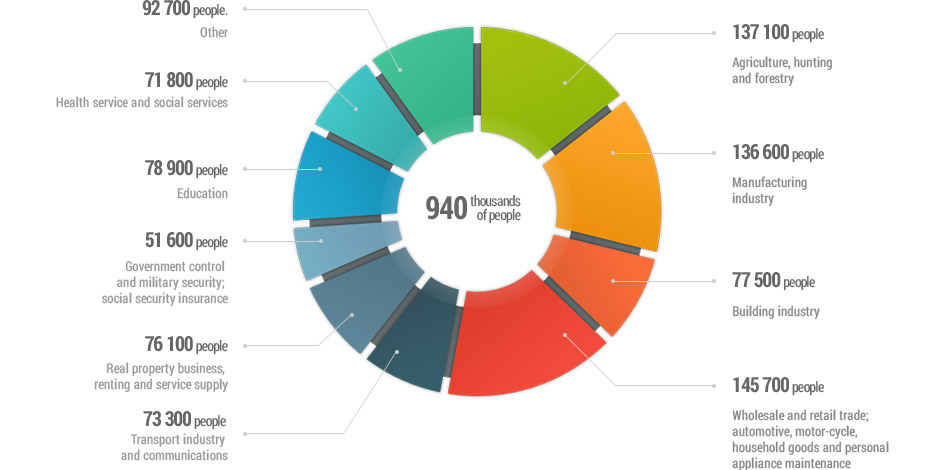 In the structure of employment about half of the working population is concentrated in trade (15.5%), agriculture (14.6%) and manufacturing industries (14,5 %).

The training of specialists for the economy of Omsk region is provided by 72 vocational education institutions:

Omsk Universities have established 28 basic departments at the industrial enterprises in Omsk region. Reinforced practice-oriented approach to the organization of educational process gives the opportunity to reduce the gap between the level of training and the level of modern technologies development.

The Ranking of Universities:

The employment rate of graduates of Universities located on the territory of Omsk region is 75 percent, which is above the threshold value for the Siberian Federal District.

Ministry of Education and Science of the Russian Federation